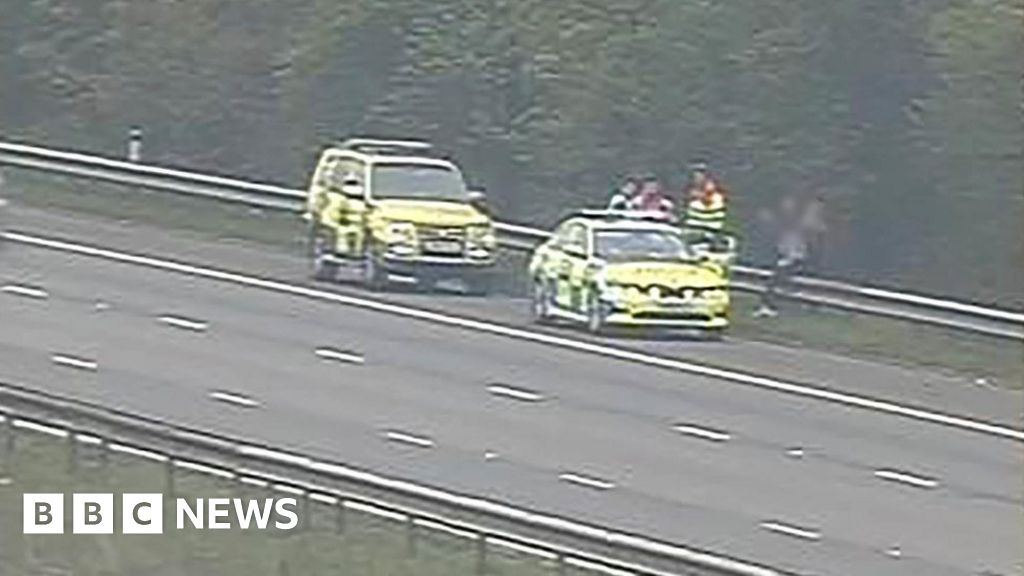 Four teenagers were caught attempting to film a TikTok clip at the side of a motorway.
Officers interrupted the “dangerous” stunt and removed the group from the M1, near Barnsley, on Monday.
National Highways said “stern words of wisdom” were had, and the youngsters were reminded that the motorway was “no place to make TikTok videos”.
Team manager Russel Asquith said it was illegal for pedestrians to be on any part of the motorway network.
Mr Asquith said: “The last thing we want is a tragedy because someone has decided to walk across or near to the motorway network.
“Incidents on the motorway network involving pedestrians who have no reason to be there in the first place are not only tragic but also cause distress to our officers and the emergency services – and hours of delays for legitimate motorway users.”
Follow BBC Yorkshire on Facebook, Twitter and Instagram. Send your story ideas to yorkslincs.news@bbc.co.uk.