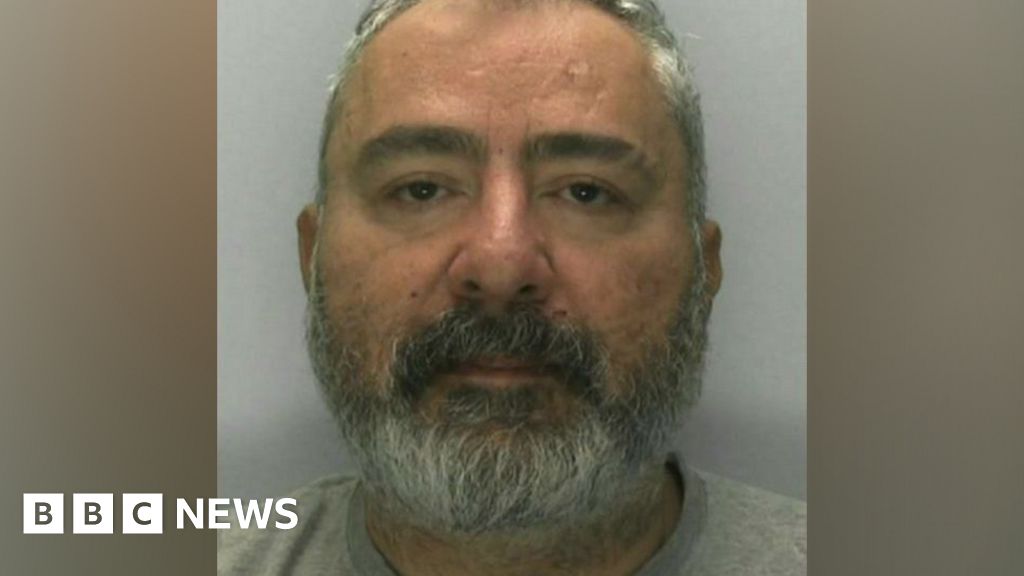 A man who murdered his neighbour has been convicted of a speeding offence on the same day as the killing.
Can Arslan stabbed Matthew Boorman 27 times in Walton Cardiff, Gloucestershire, in October 2021.
Cheltenham Magistrates Court heard that earlier the same day, Arslan exceeded the 40mph (64kmph) speed limit on Estcourt Road in Gloucester.
He is currently in Broadmoor secure psychiatric hospital awaiting sentence for Mr Boorman’s murder.
Arslan, 52, was fined £220 for the speeding offence, ordered to pay costs and a surcharge of £124. He was also given three penalty points.
The speeding offence was committed at 13:48 GMT, about three hours before he killed father-of-three Mr Boorman.
Arslan’s murder trial, held at Bristol Crown Court in March, heard the murder, and the stabbings of Mr Boorman’s wife and a neighbour, came after 12 years of threats against his neighbours.
The jury heard during the trial the Turkish national did not show a “single shred of remorse for his barbaric actions”.
Arslan has been diagnosed with “a paranoid, unstable and antisocial personality disorder”.
He is due to be sentenced at Bristol Crown Court on 9 June.
The court was told there had been a “long-running dispute” between Arslan and several neighbours.
An injunction was in place against Arslan and eviction proceedings were under way to remove him and his family from their home in Snowdonia Road.
A week before the murder he made threats to kill several neighbours and was charged with harassment.
He ambushed Mr Boorman, 43, as he returned home from work and was taking a conference call.
Arslan attacked Mr Boorman on his front lawn.
Mr Boorman’s wife, Sarah, tried to save her husband and repeatedly attempted to pull Arslan off him while screaming for help.
She was stabbed in the thigh.
Arlsan then broke into the home of another neighbour, Peter Marsden, and stabbed him eight times.
Follow BBC West on Facebook, Twitter and Instagram. Send your story ideas to: bristol@bbc.co.uk